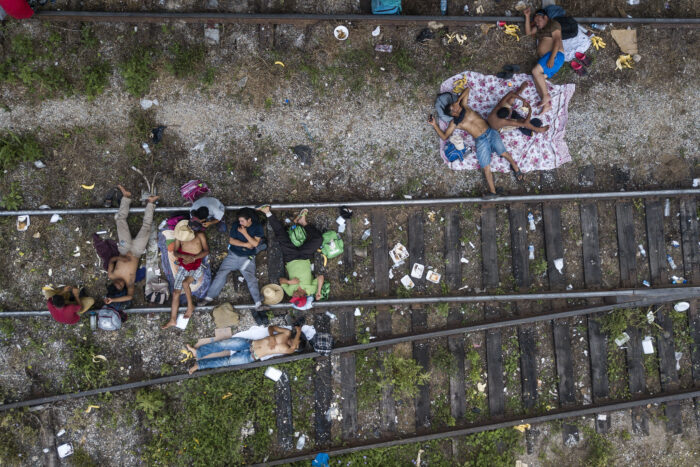 The North and Central American Task Force on Migration was established to provide bold ideas for a comprehensive approach to Central American migration within a broader regional context. While much of the Task Force’s work will focus on deeper causes of migration, including economic and environmental drivers, the urgency of protection needs in the region, exacerbated by the COVID-19 pandemic and back-to-back hurricanes, has led us to consider humanitarian protection in the region as our first issue. We suggest a layered, point-to-point approach to providing protection in the region — working to increase the protection of people in their own communities, when they are displaced within their countries, when transiting through other countries and when they seek protection in neighboring countries.

While it is the responsibility of governments to protect their citizens, when they are unable or unwilling to do so, civil society plays a central role in protecting people at risk and providing needed assistance. The Task Force affirms that civil society is indispensable to addressing these issues and we urge governments to recognize their strengths as an expression of democratic governance.

In looking at humanitarian protection in the region, we focused on four dimensions, providing recommendations in each of these areas for governments, civil society and international actors.

Protecting people in the region is one step that can and should be taken now. Addressing the longer-term issues of poverty, governance, gangs, environmental change, corruption are all essential to reducing the need for large numbers of people to leave their countries. These issues will be addressed by the Task Force in later actions. Until these deeper causes are addressed, it is likely that many Central Americans will continue to feel the need to leave their countries.

The North and Central American Task Force on Migration is a non-governmental forum of academics, civil society and business leaders, and former policymakers in dialogue with current government officials created to facilitate a broadly driven solution dialogue among the countries involved in the crisis of migration and forced displacement in the region. Initiated by the World Refugee & Migration Council with the Center for U.S.-Mexican Studies, El Colegio de México, the Migration Policy Institute and the Inter-American Dialogue, the task force will issue concrete recommendations for collective, regional action based on evidentiary research to promote responsibility sharing across North and Central America.

The World Refugee & Migration Council offers bold strategic thinking about how the international community can comprehensively respond to refugees and the forcibly displaced through the principles of international cooperation and responsibility sharing. Council members include leaders, practitioners and innovators from developing and developed countries across the globe.

The World Refugee & Migration Council is supported through a partnership with Cuso International.